Euro Expected to Rise to 1.0895 before the Fed Meeting

Yesterday’s Trading:
My euro expectations were fulfilled on Tuesday. The euro updated its maximum against the USD during European trades, dropping to 1.0818 and then returning to 1.0868. The only thing that didn’t fit with my forecast was what happened at the end: the close price was higher than I thought it would be.

The maximum was updated after a fall in European stock indices which followed the Chinese ones. The Shanghai composite fell by 6.72% to 2,749.79 due to a continuation of capital flight from China. This capital flight reached $1 trillion last year due to the devaluation of the yuan, a slowing of Chinese economic growth and a fall of the stock market.

Pressure on the euro came from a rise in oil prices and a fall in the euro/pound cross. The Iraqi oil minister and the OPEC representative for Kuwait hinted that the organization is ready to reduce quotas in order to stabilize the price. That is, of course, if other countries which are not part of the cartel follow suit.

Main news of the day (EET):

Today’s key event is the FOMC meeting. No one expects the Fed to up the rates. Market participant interest will be on the monetary policy announcement. The tone of the announcement will set the direction for the dollar for the coming two months. A soft tone will cause a weakening and a hard tone will cause a strengthening.

The euro/dollar was trading at 1.0863 at 06:26 EET. The Shanghai Composite had lost 2.8%. It’s likely that the European indices will open with a fall, thereby supporting the euro.

US oil reserves, according to the US institute for oil, were sharply up last week by 11.4 million barrels. Oil prices didn’t react much to the report, but the fall could continue during the European session. Due to this I expect a rise in the euro to 1.0895 with a correction to follow as part of preparations for the FOMC meeting. 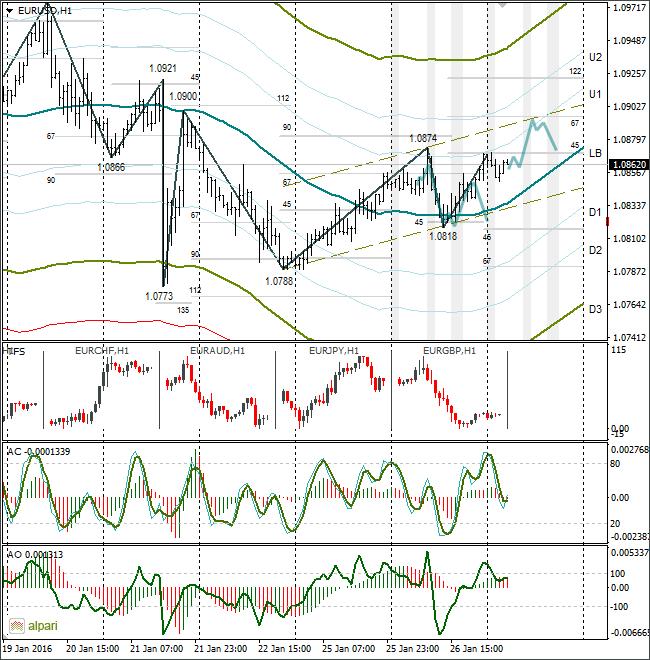 The euro/pound is down to 0.7549. The price has corrected by 76.4%. Taking the API data and the Asian stock market indices’ movement into account, I expect the price to restore to 0.7625. A growth in the cross will offer support to the euro in its pair with the dollar. 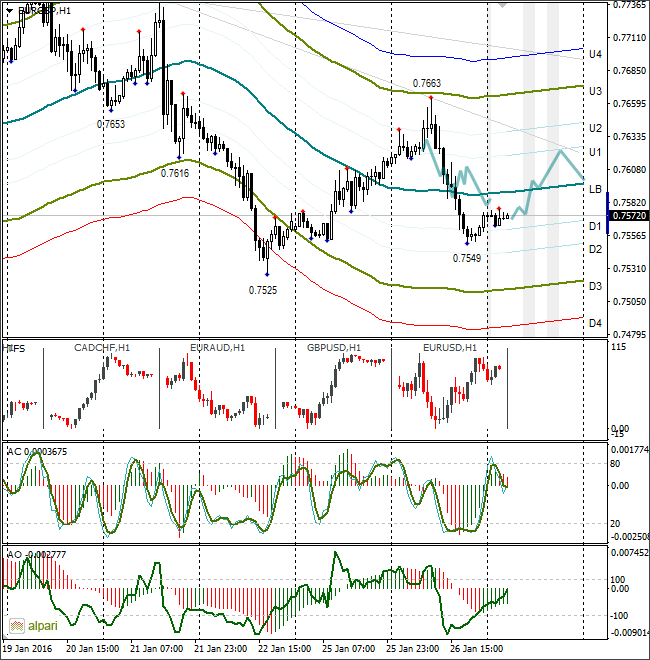 The euro/dollar has broken away from the trend line and is continuing to move slowly towards the trend line. Based on the set up, the euro bulls intend to test 1.0950. The dot above the i will be the words of the US Fed after the FOMC meeting. 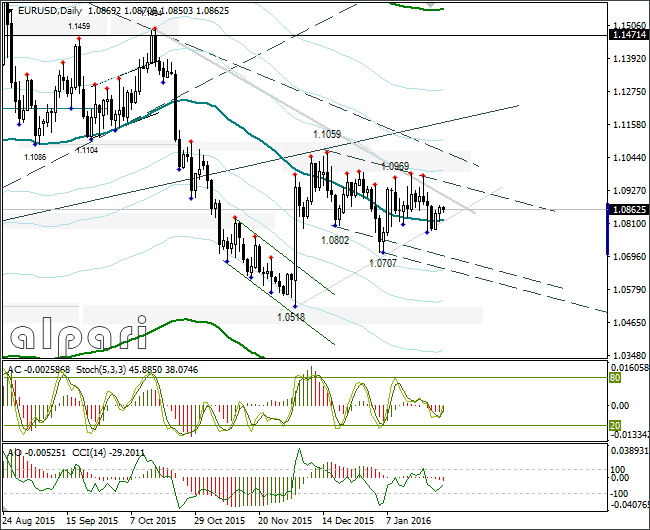 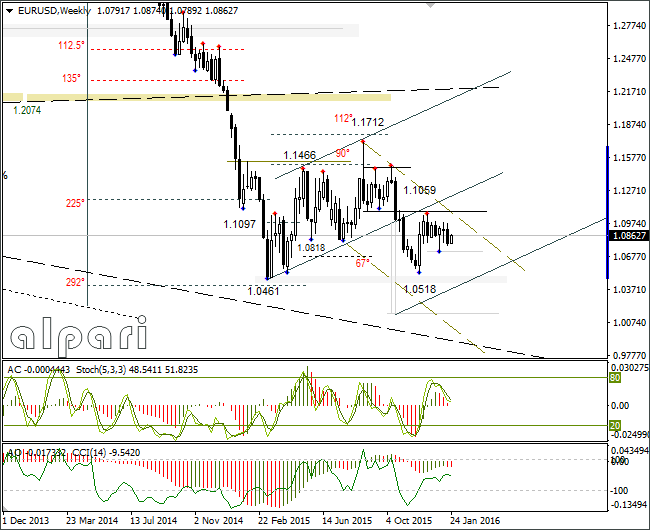